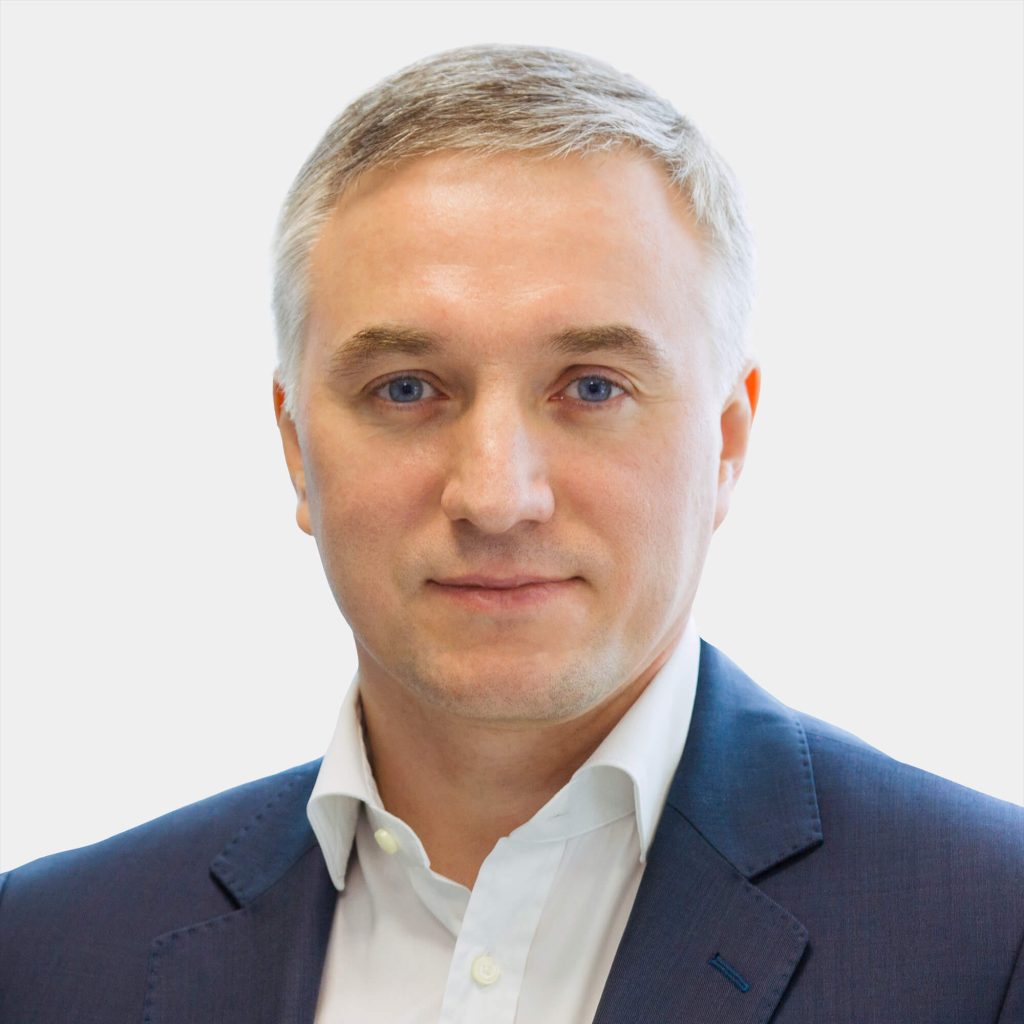 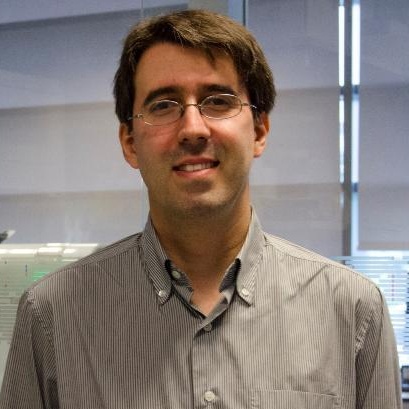 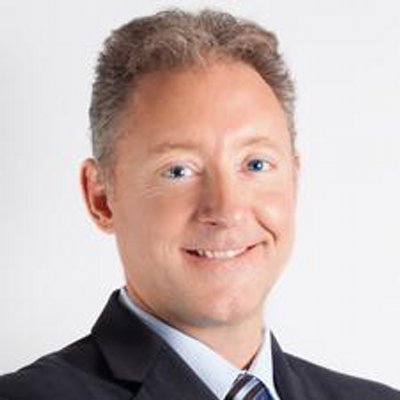 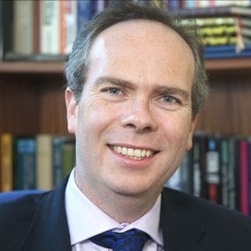 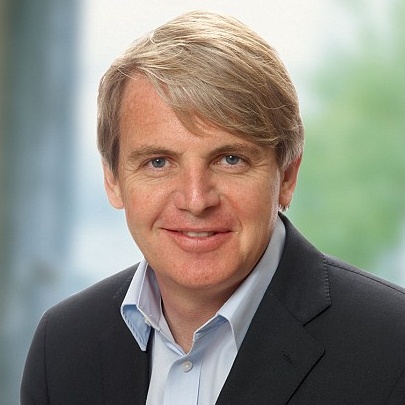 Dmitry Kaminskiy is a new generation entrepreneur and well-known visionary originally from Eastern Europe. He has been concentrating on developing his business in East Asia as a priority in recent years. Dmitry built his wealth on IT-solutions, analytics and predictions for private banking, financial engineering and rapidly growing industries. He is known for his experience in information technology, advanced computer science and development of advanced Big Data industrial expert analytical systems. He has a wide network spanning the scientific and business communities across the globe.Inspired by breakthrough antiaging research Dmitry decided to apply his high-level computer developing infrastructure to analyze complex unstructured Big Data in biomedicine and longevity in particular to find a real breakthrough therapies to treat age-related diseases and prolong active and productive longevity.

Becoming a trustee of the Biogerontology Research Foundation (BGRF) in London, founded in 2007, was the logical next step of his mission. BGRF supports research on aging, addressing the challenges of a rapidly aging population. Their research was aimed to reduce the impact of age-related diseases on future generations.

Dr de Magalhaes, a trustee of the Biogerontology Research Foundation, graduated in Microbiology in 1999 from the Escola Superior de Biotecnologia in his hometown of Porto, Portugal, and then obtained his PhD in 2004 from the University of Namur in Belgium, where he worked in the Ageing and Stress Group led by Dr Olivier Toussaint. Following a postdoc with genomics pioneer Prof George Church at Harvard Medical School in Boston, USA, in 2008 Dr de Magalhaes was recruited to the University of Liverpool in the UK to develop his own group on genomic approaches to ageing. Now a senior lecturer, Dr de Magalhaes leads the Integrative Genomics of Ageing Group (http://pcwww.liv.ac.uk/~aging/) which focuses on understanding the genetic, cellular, and molecular mechanisms of ageing. The group’s research integrates different strategies, but its focal point is developing and applying experimental and computational methods that help bridge the gap between genotype and phenotype, a major challenge of the post-genome era, and help decipher the human genome and how it regulates complex processes like ageing. Notably, his group is a world-leader in employing genomics and bioinformatics to study ageing with pioneering work in studying gene networks of ageing and in sequencing and analyzing genomes from long-lived species. Dr de Magalhaes has given over 100 invited talks, including a TEDx talk, and his research has been widely featured  in the popular press (BBC, CNN, the Washington Post, the Financial Times and many others).

Jim Plante is the founder, Chief Executive Officer and Chairman of the Board of Klotho Therapeutics, a potentially life-changing biotechnology company that is focused on developing the naturally occurring human protein known as Klotho. This protein has shown a major potential for increased longevity kidney function and cognition. The klotho protein has the potential to delay the symptoms of aging and disease. The protein can potentially slow down the progression of diabetes, cancer and kidney disease. Klotho Therapeutics is using biotechnology to produce a synthetic human protein that mimics the klotho protein and doing research to help bring it to market.

Jim Plante is also the founder, Chairman of the Board and former CEO of the healthcare company Pathway Genomics. This revolutionary company began with the goal of providing affordable medications and genetic testing to the public. Pathway provides a variety of testing services for conditions that include cardiac health, hereditary cancer risk, nutrition and exercise response and inherited diseases. The company also compiles profiles for patients regarding their responses to some of the more commonly prescribed prescription medications.

Along with Pathway Genomics, Jim currently manages twelve companies under Thynk Capital, a company focused on early-stage therapeutics and energy sustainability.  He has brought in hundreds of millions of dollars for various portfolio companies under his leadership.

Jim Plante currently holds more than 50 technology and biotechnical patents and is the founder of the Foundation for Kidney Transplant Research. He was also appointed to the Industry Trade Advisory Committee on Chemicals, Pharmaceuticals, Health and Science Products in 2015.

Richard Faragher, PhD, is a Trustee of the Biogerontology Research Foundation, a Professor of Biogerontology at the University of Brighton and past Chair of both the British Society for Research on Ageing and the International Association of Biomedical Gerontology. He read Biochemistry at Imperial College, London and undertook doctoral studies at the University of Sussex. His primary research interest is the relationship between cellular senescence and organismal ageing.

In 2002 his work on the accelerated ageing disease Werner’s syndrome led to the award of the Royal Pharmaceutical Society Conference Science Medal for outstanding scientific achievement. In 2005 he became the first ever scientist to receive a Help the Aged award for his championship of older people and the use of research for their benefit. In 2010, he became the first ever British recipient of the Paul F Glenn Award for research into the biological mechanisms of the ageing process. He is a visiting Professor at the Moscow Institute of Physics and Technology and serves on the Editorial Boards of "Age" and "Mechanisms of aging and development".

Professor Faragher has served as a member of the Research Advisory Council of the Charity Research into Ageing and on strategy and funding panels for the BBSRC, the US National Institutes on Ageing and the European Union. From 2005-2008 he was Co-director of the BBSRC-EPSRC SPARC programme, a research network designed to build national capacity to conduct inter-disciplinary ageing research. He is currently Chair of the Scientific Advisory Board of the British Society for Research on Ageing and a member of the Board of Directors of the American Aging Association. In 2015 he became president-elect of the latter society and the first British citizen to be elected to the Board of Directors of the American Federation for Aging Research, the leading US non-profit organization supporting and advancing healthy aging through biomedical research.

Jim is a visionary entrepreneur with a flair for identifying emerging global trends. He has co-authored a number of books; most notably a book entitled Wake Up! Survive and Prosper in the Coming Economic Turmoil published by John Wiley in 2005. In this book Jim cited catalysts for the impending global financial crisis including unsustainable levels of consumer debt in the western world, a U.S. housing crash, highly leveraged derivative financial instruments and governmental fiscal mismanagement.More recently he co-authored the book Cracking the Code published by John Wiley in 2012. In this book he concisely puts forwards the reasons he views the biopharma industry as one with the potential to change the world and provide investors with the opportunity to generate returns.Jim's vast experience and global network, Mann Bioinvest is well placed to capitalise on the opportunities the biopharma sector provides.Jim has built a worldwide business empire consisting of a variety of businesses, from hotel chains, banks, natural resources to online gaming. Jim has remained amongst the top 10% in the Sunday Times Rich List for a number of years. He holds a master's degree in Politics, Philosophy and Economics from Oxford University.

Jim's newest book, Juvenescence: Investing in the Age of Longevity, details the coming rise of the emerging longevity industry. Jim and his coauthor believe that to be successful, investors need to be curious, adaptable and apply themselves before they commit capital to an idea. For this new book, Jim and Al have spent a year sifting through the cutting-edge research, visiting laboratories and interviewing key opinion leaders in the field of life extension. They have written this up for the investor, stripping away the technical jargon and demystifying the information to help you to understand the science and clearly identify the key industry participants and investment opportunities. They also discuss the personal benefits of a healthy life explaining what is good and what is bad for you and how current research indicates that making small changes can reap significant rewards which lead to longer, healthier lives.

By reducing the impact of diseases such as diabetes, osteoporosis through medical research and increasing healthy lifestyles, the risk of suffering in old age is significantly reduced. Millions of people die from medical conditions caused by aging each year. Recent discoveries and anticipated near term developments in the understanding of the ageing process at the cellular and molecular level are going to be some of the most important contributors to repairing damaged cells and slowing or potentially reversing the root causes of ageing. Breakthroughs in gene editing techniques, stem cell therapies, immunotherapies and artificial intelligence all hold great promise. 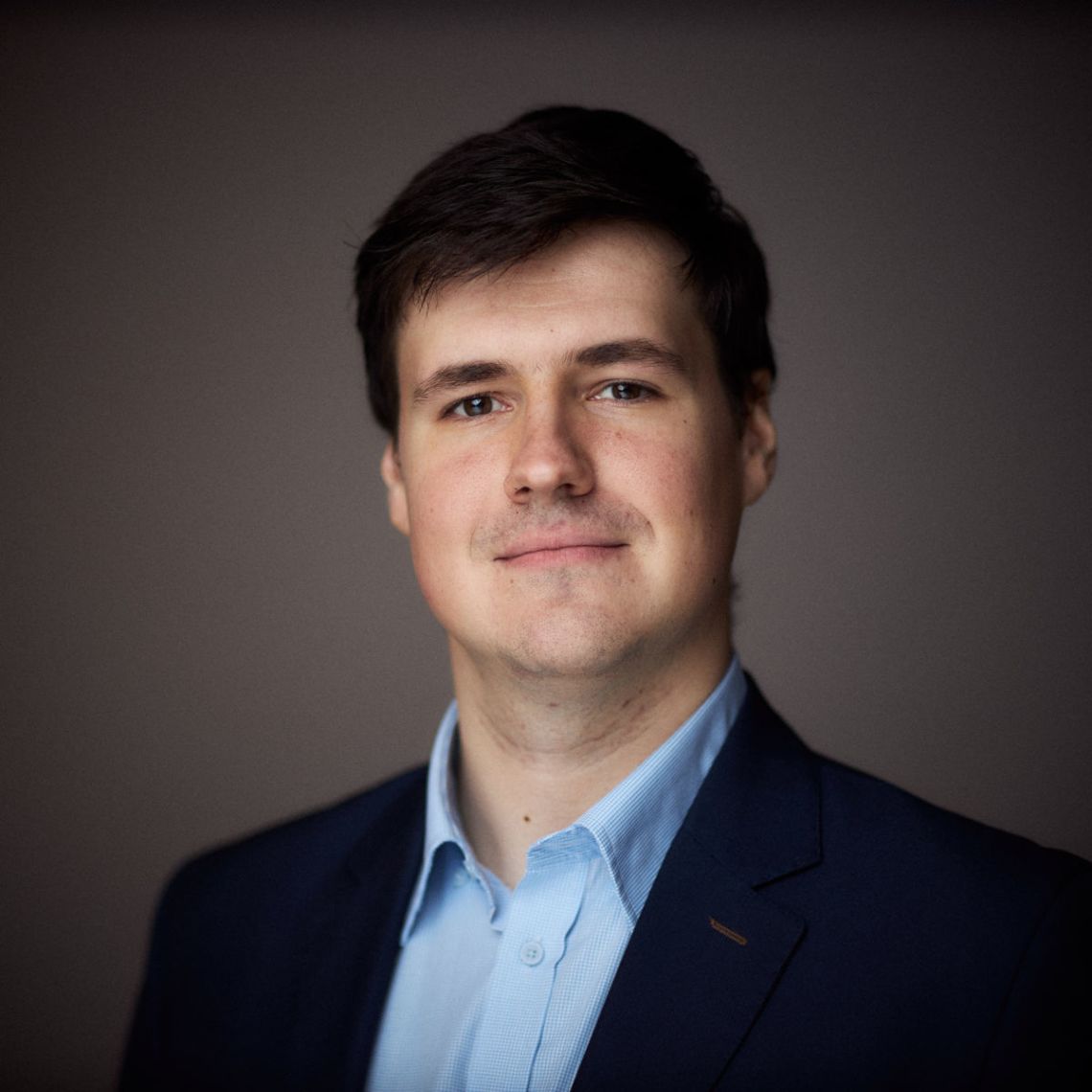 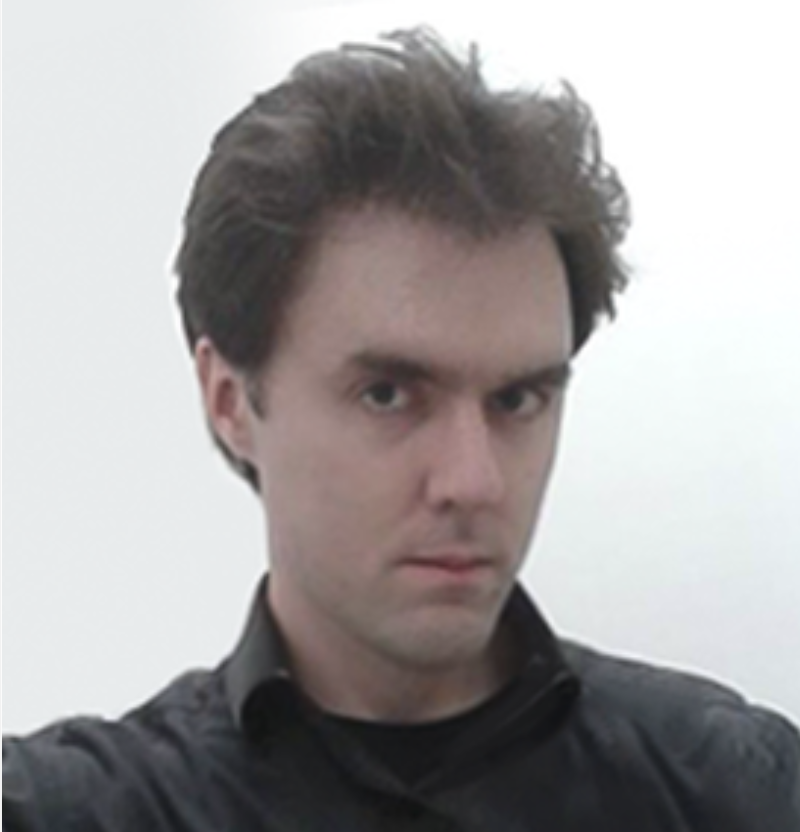 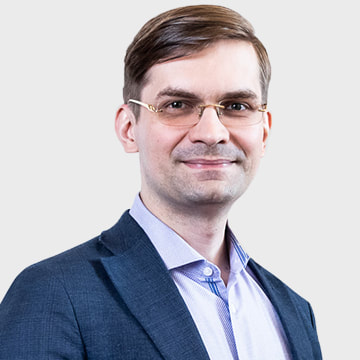 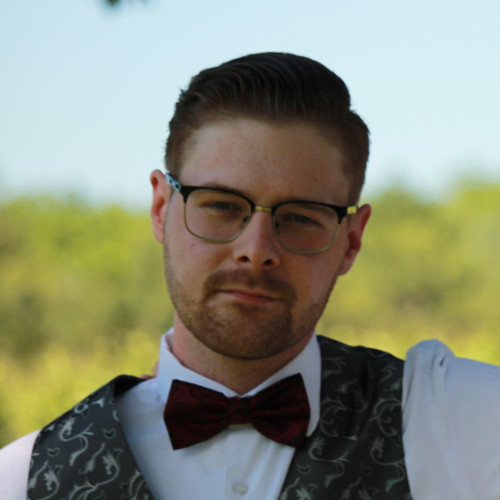 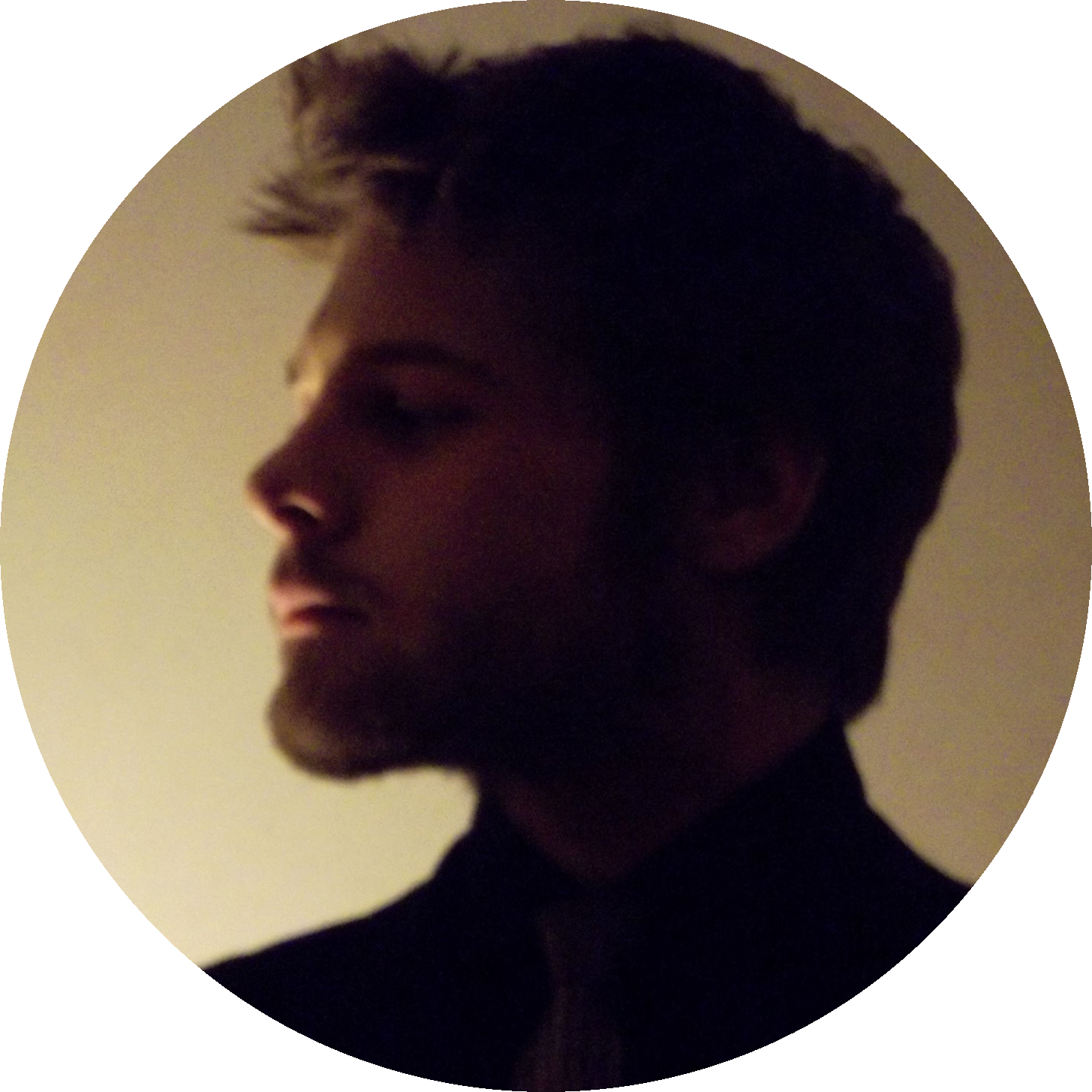 Franco Cortese is the Deputy Director of the Biogerontology Research Foundation. His focus as Deputy Director of the BGRF centers upon contributing to long-term planning and strategizing of BGRF activities, including research directions, strategic partnerships and collaborations, as well as regulatory and public policy proposals, position statements and recommendations. Meanwhile, his focus as an Affiliated Researcher of the Biogerontology Research Foundation centers upon the study and development of biomedical and biotechnological interventions for ageing and age-related pathology. He believes that the most effective and economic approach to the treatment of age-related disease – which represent from both a quantitative and qualitative standpoint some of the most significant diseases afflicting humanity today – is through the extension of healthspan via biomedical interventions focusing on the prevention, negation and/or slowing of accumulated age-related phenotypic deviation. In addition to his administrative and research activities, Cortese has also written extensively on the ethical, socioeconomic, political, logistical and philosophical implications of biomedical gerontology. Cortese’s other current positions and affiliations include Research Scientist at ELPIs Foundation for Indefinite Lifespans, Affiliate Scholar at the Institute for Ethics & Emerging Technologies Scientific Advisor for Lifeboat Foundation (Life Extension Advisory Board and Futurists Advisory Board), Honorary Fellow (and former Secretary) of Brighter Brains Institute, Chief Operating Officer of the Center for Interdisciplinary Philosophic Studies, International Coordinator of Cryonics Switzerland, Ambassador for the Seasteading Institute, Assistant Editor at Ria University Press, member of the International Longevity Alliance, Chair and Co-Founder of the Canadian Longevity Alliance, and Reviewer for the Global Futures Intelligence System at The Millennium Project.